With cloudStack, JIAS has a functional solution that meets people’s digital expectations in 2020. That has allowed the team to spend more time focusing on its core mission, knowing full well that it has the technology it needs to handle any logistical challenges that may lie ahead!

When asked to describe her organization’s relationship with cloudStack and Salesforce, a single, simple word comes to Naomi Kramer’s mind.

“Responsive,” said Kramer, the Program Manager for Jewish Immigrant Aid Services (JIAS) Toronto. Her answer is hardly surprising given her organization’s history with data management. Before it made the switch to the Salesforce platform with cloudStack and their fundraisingManager application, JIAS was using Microsoft Access to handle its client data. The custom software performed well when it was first installed, but the platform was no longer being supported, leaving JIAS without the ability to adapt in an increasingly digital environment.

That led to more complications in the organization’s other day-to-day operations. JIAS had to run multiple systems to access basic information, and even had to outsource online collections to Canada Helps. The process was both labour intensive and inefficient, since data would often get lost in the shuffle.

“When people clicked ‘Donate Now’, it was taking them away from our website,” Kramer said. “When we processed donors by phone, we would be keeping Excel spreadsheets to keep track of their information.”

That motivated the organization to search for a new data management solution. JIAS reached out to one of its primary donors, the UJA Federation of Toronto, for a recommendation. The UJA was already in the process of transitioning to Salesforce, and Salesforce in turn directed JIAS to cloudStack, which made an excellent first impression. cloudStack co-founders Ken Klinger and Steve Weber pitched their company’s fundraisingManager, and the effect was immediately transformative for JIAS.

“When they did that first presentation, we were like, ‘Oh. That’s what it’s supposed to be like when you fundraise,’” Kramer said. “That’s the data you’re supposed to capture before you send a tax receipt. That’s the information you want to be able to input in order to follow up with donors.”

“Every new member of their team has that attitude. Quick about responding, willing to ask questions, willing to figure out how to help us the best possible way.”

JIAS also appreciated cloudStack’s ability to connect with clients. Steve and Ken took the time to get to know JIAS as an organization, and that mentality has permeated the entire company as cloudStack has grown in the years since.

“They were so warm and willing to learn,” Kramer said. “They asked so many questions about us as an agency and what we did, and who we served in order to understand all of our processes.”

In that regard, cloudStack displays the same methodical approach with its business that JIAS takes with its own operations.

“We think in process,” Kramer said. “They also think like that. They ask questions in steps, and that fits with how we’re trying to look at all of our systems.” 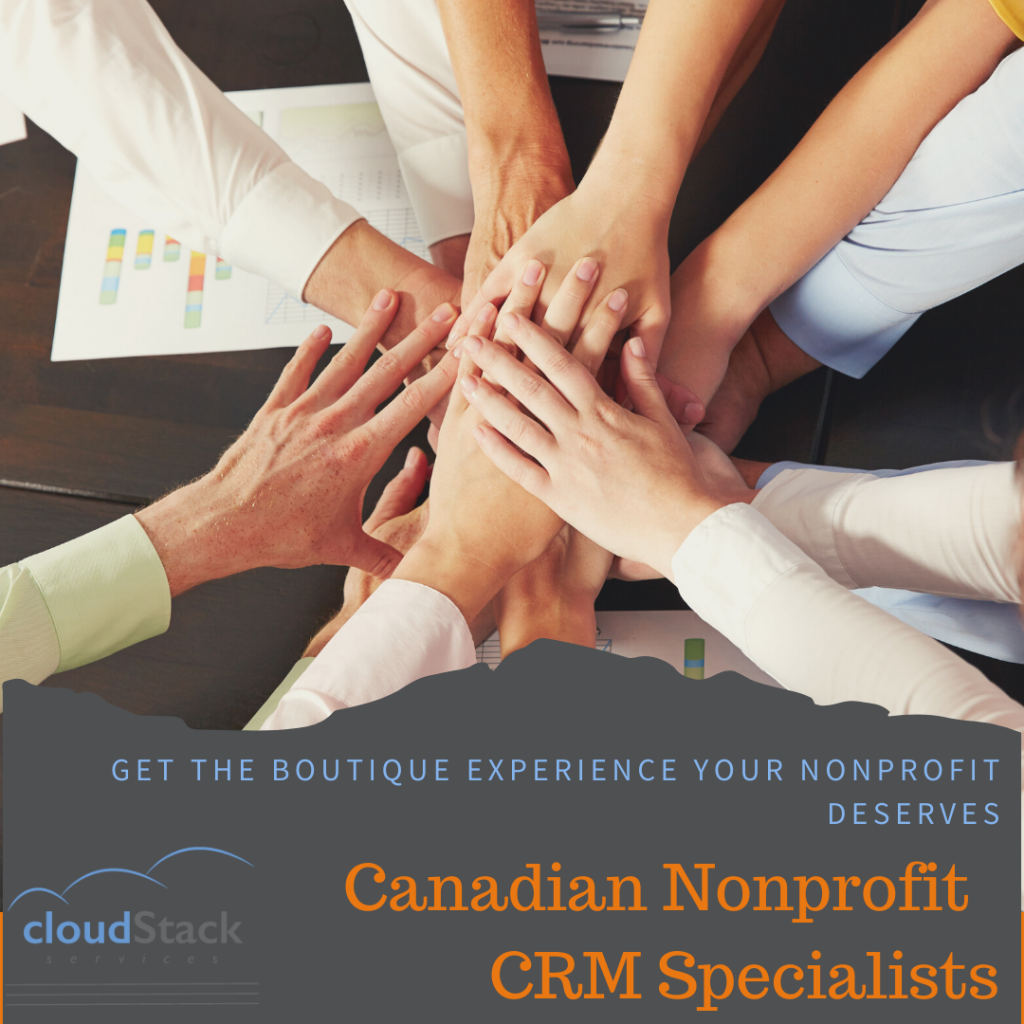 In the meantime, cloudStack continues to pay dividends for JIAS, giving the organization the flexibility that it lacked back when it was still relying on Microsoft Access. Most notably, the switch to the cloud system allowed JIAS to transition to a remote work environment without missing a beat when work-from-home recommendations went into effect after the onset of COVID-19. JIAS would have been left scrambling with its old legacy solution.

“It would have been impossible to work remotely. We were using a database that was on your computer, so there would have been no way for everyone to have the same access,” Kramer said. She then went on to explain that the opposite is true after its digital transformation with Salesforce and cloudStack. “Every single worker in the agency, everyone who touches the data, can do it from home.”

That has allowed JIAS to continue running on all cylinders, just as well as it did before the pandemic. The organization has a better sense of the data in its system, and is able to be more responsive in its own right. Where once it was flatfooted, it is now able to provide detailed insights whenever the board asks for information.

“How many clients did we serve in this period? What status did they have in different categories? Now that we’re managing our data in a more formal way, it was so much easier to grasp,” Kramer said.

With cloudStack, JIAS has a functional solution that meets people’s digital expectations in 2020. That has allowed the team to spend more time focusing on its core mission, knowing full well that it has the technology it needs to handle any logistical challenges that may lie ahead!

The cloudStack Blog is a collection of articles and resources written by our in-house development team.

Looking for guidance? We work with nonprofits across the nation!